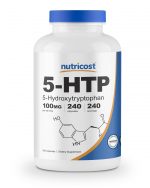 Coenzyme Q10 is widely used for its potent antioxidant and energy-enhancing properties. As a coenzyme, CoQ10 supports the production of ATP and assists in the conversion of carbohydrates and fats to energy.[1] TwinLab Mega CoQ10 contains pure, crystalline coenzyme Q10 in easy to swallow capsules that are highly bioavailable and tolerated well by most individuals.

Coenzyme Q10 is found in every cell in the body and plays a key role in the function of vital organs.[2] Age and certain medications may drain CoQ10 stores, leading to poor immunity, weakened heart muscles, and fatigue. TwinLab Mega CoQ10 restores levels of this vital nutrient to support heart health and energy production. As a powerful antioxidant, TwinLab Mega CoQ10 also protects against harmful free radicals that accelerate the aging process.[3]

TwinLab Mega CoQ10 capsules are easier to swallow and assimilate and are specially formulated for enhanced bioavailability and minimized risk of side effects.

There Are Currently No Customer Reviews For Mega CoQ10

Write a Review on Mega CoQ10   Comment or Ask a Question

Take one capsule one to two times daily, preferably with meals or as directed by a healthcare professional.

If you are pregnant or nursing, taking any medication, or have any medical condition, consult a healthcare professional before use. Keep out of reach of children.

Coenzyme Q10 – Coenzyme Q10 is a vitamin-like fat-soluble nutrient found in every cell in the body. Available information suggests that coenzyme Q10, also known as ubiquinone, plays a very important role in the production of energy (ATP) from fats and carbohydrates. It also has powerful antioxidants properties, destroying free radicals and slowing the aging effects of free radical exposure.

Q. How Can TwinLab Mega CoQ10 Benefit Me?

Q. How Often Should I Take TwinLab Mega CoQ10 for Best Results?

A. For best results, take 1 or 2 capsules of TwinLab Mega CoQ10 daily or as directed by a physician or healthcare professional. Taking up to 5 capsules daily is safe for the majority of healthy individuals.

Q. Does Supplementing with Coenzyme Q10 Cause Side Effects?

A. Taking a large amount of coenzyme Q10 all at once may cause mild side effects including stomach upset, loss of appetite, nausea, vomiting, and diarrhea. To minimize side effects, divide the total daily dose into smaller amounts (one capsules) taken two or three times a day instead of all at once.

Q. Should I Take TwinLab Mega CoQ10 with a Meal?

A. Because coenzyme Q10 is a fat-soluble nutrient, it is best absorbed when consumed simultaneously or around the same time as healthy dietary fat. For best results, take TwinLab Mega CoQ10 with a meal or a fatty acid supplement such as fish oil.