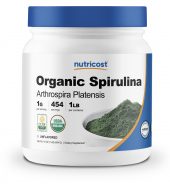 Your brain and its ability to process, react, and compute is one of the single most important aspects of individual success rate and quality of life. Free radical damage, stress, lack of sleep, cell phone usage, and alcohol consumption are just some of the day to day factors that can damage your brain cells and slow processing speeds. Don’t let that happen to you!

Ginkgo Biloba is an ancient Chinese herbal remedy with a naturally high antioxidant content that has been suggested to have significant neuroprotective effects[1]. This ancient tree and its leaves have been used for centuries and only recently discovered to improve blood circulation to the brain and peripherals, which may help to the brain, eyes, and ears function better.[2] Taking Ginkgo regularly may help to improve memory[3], reduce risk of dementia[4], and slow the onset of age-related mental decline.[5]

MRM Ginkgo B is the leading provider of high-quality, ultra-concentrated ginkgo biloba, delivered in fast dissolving vegetarian capsules. Each capsules quickly releases an efficacious dose of ginkgo straight into your system, initiating an increase in blood flow and nutrient delivery to the brain. Enjoy sharpen concentration, improved memory recall, and mental clarity like you’ve never experienced.

MRM Ginkgo B is ideally standardized for max potency and benefits with every capsule.

There Are Currently No Customer Reviews For Ginkgo B

Write a Review on Ginkgo B   Comment or Ask a Question

Support memory and concentration with MRM Ginkgo B, an ancient Chinese herbs used for thousands of years. Ginkgo B may increase blood flow to the brain and peripheral tissues, protecting brain healthy while enhancing mental sharpness and clarity.

Take 1 capsule up to 2 times daily with a meal or as directed by your qualified healthcare provider.

If you are currently taking medication, please consult your qualified healthcare professional before use.

Ginkgo Biloba – Ginkgo biloba is an herb whose leaves are widely used as medicine and a supplement. More than 40 active components have been isolated from ginkgo biloba, but two of them stand out – flavonoids and terpenoids. Due to its impressive nutrient profile, ginkgo biloba has been suggested and commonly used to treat circulatory disorders and enhance memory. Ginkgo biloba is an excellent natural option to improve cognitive function and processing speed.

Q. What is Ginkgo Biloba?

A. Ginkgo biloba is an ancient Chinese herb that has been suggested to have significant neuroprotective effects. Ginkgo is packed with flavonoids and terpenoids, compounds that help to protect nerves, heart muscles, blood vessels, and retina from free radical damage. Ginkgo seems to improve blood circulation, which can provide benefits throughout the body.

Q. What Are the Benefits of Taking Ginkgo Biloba?

A. Ginkgo biloba natural health benefits have been recognized by practitioners of traditional medicine. These benefits include reduced risk of dementia and Alzheimer’s disease, reduced risk of glaucoma, improved cognitive performance, enhanced memory recall, and overall increased mood and motivation.

Q. Who Should Take MRM Ginkgo B?

A. Since we all need a healthy brain to enjoy a higher quality of life, virtually everyone can benefit from this amazing herb! Whether you’re starting a new promotion at work, wanting to improve your on the job performance, looking to enhance athletic performance, or seeking support for tests and exams, MRM Ginkgo B may help.

Q. Is the Ginkgo Biloba in MRM Ginkgo B Standardized?

A. Because it has over 40 active components of which only 2 have been isolated as the main benefit-providers, it is important that ginkgo biloba extracts be standardized. The Ginkgo Biloba extract in MRM Ginkgo B is standardized to 28% ginkgoflavonglycosides and 10% terpenes for the greatest benefits and potency available.