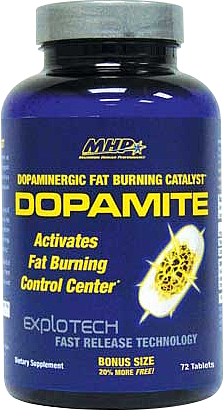 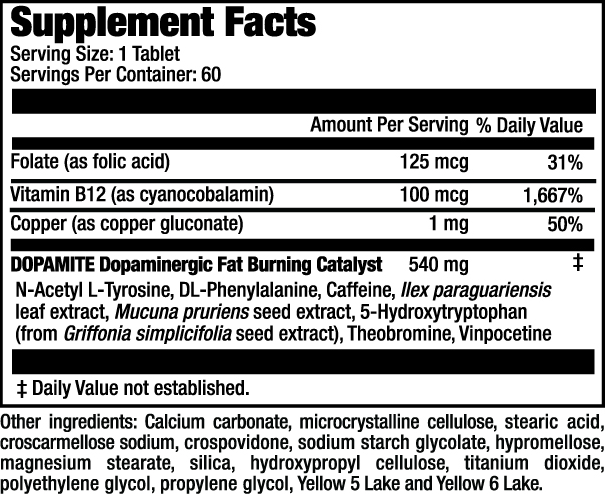 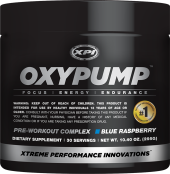 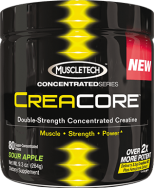 FEEL BETTER THAN EVER BEFORE

Controlling appetite and shunning cravings is easily the most difficult part of dieting and losing weight. When you eat unhealthy foods such as cake and garlic bread, the brain releases dopamine, which provides a feeling of satisfaction and pleasure, which keeps you craving more. When you crave certain foods, your brain is actually craving the dopamine response to food. Dopamite by MHP is a dopaminergic that safely and naturally increases dopamine levels to stimulate your reward system so you can stay feeling satisfied and take control of your appetite.

Increasing dopamine levels without indulging in unhealthy, fatty foods can activate your reward system just as effectively, making dieting 100 times easier than going at it alone.[1] Dopamite helps you take control of your eating behaviors, reducing the food cravings that lead to weight gain and disappointing results[2] With Dopamite, you can easily avoid binge eating, overeating, and weight gain.

Dopamite contains natural extracts and dopamine precursors that safely elevate dopamine levels without negative side effects. This carefully formulated combination, including compounds such as mucuna pruriens[3] and 5-HTP[4], increase dopamine levels to activate the reward system and stimulate your body to burn more fat and lose more weight.

Other benefits of Dopamite include elevated mood, higher energy levels, greater focus, and a healthier appetite. Take once daily first thing in the morning to lose weight and feel better than ever before.

There Are Currently No Customer Reviews For Dopamite

Write a Review on Dopamite   Comment or Ask a Question 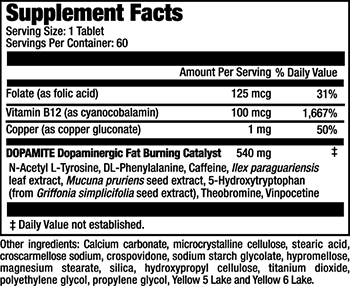 Keep out of reach of children. Read the entire label and directions before taking.

N-Acetyl L-Tyrosine – Tyrosine is a non-essential amino acid that is used to make L-Dopa, which is further transformed into dopamine, neuroprotective melanin pigments, and fat burning norepinephrine.

DL-Phenylalanine – Phenylalanine is a precursor for tyrosine and dopamine, as well as noradrenaline and adrenaline. It helps satiate appetite and increase thermogenesis to promote rampant fat burning.

Mucuna Pruriens – This herbal extract has L-Dopa as its active component. Once consumed, mucuna pruriens boosts output of dopamine in the central nervous system, causing a simultaneous release of serotonin and adrenaline.

5-HTP – 5-HTP, or 5-hydrotryptophan, regulates dopamine release during its conversion to serotonin, increasing the appetite reducing and fat burning effects of dopamine and adrenaline.

Vinpocetine – This periwinkle plant is a common nootropic that interacts with several ions channels, resulting in a larger and more substantial release of dopamine. Vinpocetine also enhances blood flow and improves memory.

Q. When Are the Best Times to Take Dopamite?

Q. How Does Dopamite Work?

A. Dopamite naturally and effectively increases the production, release, and effects of the neurotransmitter dopamine, which helps you take control of your eating by reducing appetite and increases fat burning by stimulating the CNS.

A. Dopamite is designed to safely support dopamine levels. It is completely safe and free of negative side effects when used as directed. It is a powerful dopaminergic and should be used carefully.

Q. How Soon Will I See Results?

A. Dopamite works fast and lasts all day. You should notice a decrease in appetite and a boost in mood starting from the very first dose. Weight loss results will vary depending on body type, diet, and exercise habits.