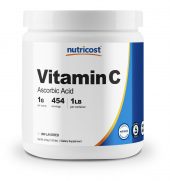 A COMBO OF BRAIN-ENHANCING FLAVONOIDS

Your mental health and cognitive capacity are at the very core of quality of life and productivity levels. Stress, anxiety, depression, lack of sleep, and other factors can all affect cognitive factors such as memory, concentration, focus, and comprehension. Counteract life’s daily stressors and boost cognitive capacity with Doctor’s Best Extra Strength Ginkgo, a potent combination of brain-enhancing flavonoids and terpene lactones isolated from the leaves of the ancient ginkgo tree.

Ginkgo biloba is an age-old tree commonly used in Ancient Chinese Medicine to support memory and brain capacity. Its rich antioxidant content helps to protect the brain from damaging free radicals and other dangerous toxins.[1] The unique terpenes in Ginkgo have been credited for increasing blood flow and nutrient delivery to the brain[2], which can enhance memory and cognitive performance.[3]

Ginkgo biloba can also decrease risk of dementia[4] and slow or prevent the onset of Alzheimer’s.[5] Doctor’s Best Ginkgo Extract is a ProfileProven Quality Assurance System Product of Ethical Naturals, Inc, that ensures extensive testing and screening at every stage of manufacturing to assure purity and potency. It is gluten free, non-GMO, and vegetarian friendly.

There Are Currently No Customer Reviews For Extra Strength Ginkgo

Take 1 capsule once or twice daily with or without food, or as recommended by a nutritionally-informed physician. When taking two capsules daily, take one in the morning and one in the afternoon.

Consult your healthcare provider before use if you are taking any prescription medications or if you have a medical condition.

Ginkgo Biloba Extract – Ginkgo biloba is ancient tree whose leaves provide a rich source of unique bilobalides, ginkgolides, flavonoids, and other unique substances. Supplementing with ginkgo has been suggested to restore better blood flow to all parts of the body, particularly to the brain, allowing for improved oxygen use. Ginkgo’s antioxidant actions also help to stabilize the structure of brain and nerve cells by protecting them from free radical damage.

Q. Is the Ginkgo in Doctor’s Best Ginkgo Standardized?

Q. How Does the Quality of Doctor’s Best Ginkgo Compare to Other Supplements?

A. Doctor’s Best products are quality tested and manufactured in the United States using highly qualified cGMP manufacturers and raw material ingredients. Doctor’s Best sources raw materials from around the world and ingredients are subject to the intense testing and verification regardless of country of origin. You won’t find better quality anywhere else.

A. The terpenes in ginkgo biloba may help to dilate blood vessels and reduce the stickiness of platelets, allowing for increased and improved blood flow to the brain. Ginkgo also provides powerful antioxidants that help neutralize free radicals that damage the brain. The end result is typically improved memory, concentration, focus, and mood.

Q. Why should I Take Doctor’s Best Ginkgo Extract?