The Last Kale Article You Will Ever Need.

Can You Really Tell the Kind of Person Someone is By Their Choice of Kale?

Kale lovers can be described pretty easily. They’re farmers-market-attending, Chaco-wearing, bunny-hugging, hipster millennials. And just like it’s easy to see who is a kale lover, it’s not hard to see who kale haters are either. Their google search inquiries generally include “Why kale is actually really bad for you.”

Lots of people know the culture surrounding kale, especially thanks to the role that social media played in it’s rise to fame. But not everyone really understands the reasons why by 2014, 99% of doctors backed the addition of this veggie to your diet. 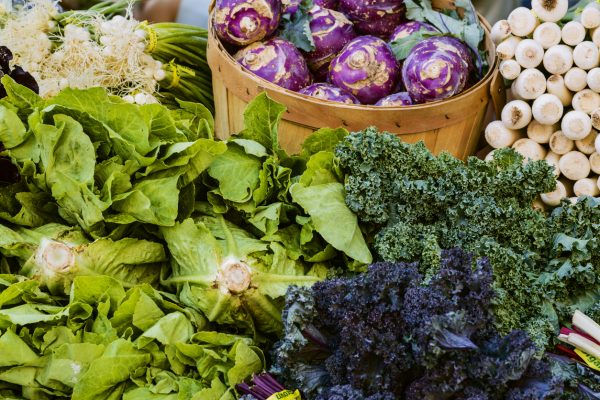 Kale may have more to it than meets the eye, and it most definitely reaches past the yogis coming out of a morning meditation session.

Kale has existed for hundreds of thousands of years as far as we can discern,

and it has this strange existence as a fad diet food. Documentation of it being used by ancient Greeks, Romans, and Scotts is second only to the use of it by (now called) Russians throughout history.

The history of this leafy green is far more interesting than many care to admit to. And I have to admit I was skeptical of this idea from the beginning. But as you search it’s easy to track it’s timeline throughout history, and it seems as though it comes in and out for the same reasons people in Chicago began to love it.

Someone said “this is a great plant” and soon everyone was eating it. I don’t know about you, but I can’t imagine my Caesar salad without it now, and I doubt Caesar could either.

But what is really notable is the use of it to curb the effects of starvation during the world wars. As hundreds of thousands flooded the corps fighting across the peninsula women and children were left to find ways to support their families, the kale crop proved easily the best plant for the job.

Not only was it easy to grow, but it grew better in their climate and could hold up during especially rough months. Even if they didn’t know the science behind it, the high content of nutrients available helped build a sustainable diet and prevent starvation.

But even as it helped them through rough years, kale began its descent from popularity to be replaced (again, for the millionth time) by cabbage.

After the world wars ended kale would fail to reach popularity again until Chicago in 2013.

Why You Should Add It To Your Diet.

Kale comes in colors that span the rainbow spectrum; which has kept it, at the very least, an interesting subject for experimentation and studies. In 2014 nearly 100% of doctors agreed that adding this veggie to your diet was going to have some amazing benefits.

The biggest problem people have noticed is in regards to eating too much of a good thing. When your staple food is kale, or you at the very least eat more than recommended, you will experience some pretty serious side effects.

Diarrhea is the most common side effects, and this is because kale is loaded with glucosinolates which can stop or suppress the functioning of your thyroid. The easiest way to avoid these issues is to eat kale in moderation, like you ought to be doing with every other type of food.

As with so many things, social media played a huge part in how kale regained it’s popularity in the modern age. For years it had been used primarily for garnish or to beautify gardens, with little to no one enjoying it’s real benefits.

And while Oberon Sinclair can most definitely be attributed to the kale boom that spread across social media in 2013, this veggie had been gaining a following for years and years thanks to experimental farmers.

The phrase that truly demonstrates the entirety of the kale movement came from Bo Muller-Moore who coined the phrase “Eat More Kale” and began (and has continued) to sell this on T-shirts, bags, and a bunch of other kind of swag.

Millennials took this amazing veggie and turned it into a marketing scheme, health fad, and even political statement. Kale took the world by storm, and for many it may not seem like such a great thing.

If It’s So Great Why Do So Many People Dislike It?

While this created a strong following among one part of the country, another side was being created at the same time. The kale-haters. Those people who avoided this veggie like the plague, simply because of the stereotype that surrounded its yummy goodness.

Admit it, even when you think of kale, you’re imagining millennials at brunch with some sort of hipster Bloody Mary and kale chips, or a kale salad, or even kale added to their drink. You think of yoga mat toting, leggings wearing, fad following 20-30 year olds.

And despite the fact that baby boomers still take up a large portion of people using social media, it’s primarily the millennial generation who are stuck with the stereotype.

Funnily enough, more and more articles came around that would compare kale to other veggies, just to prove that kale wasn’t as great as so many would have you believe, but the problem always lay with the fact that kale continued to beat out every veggie in one way or another.

So regardless of the amount of haters, kale loving will always win out. Just to prove a point, I’ve made my own list of comparisons to show just how exciting and awesome kale is.

The health world is split between two types of people, spinach eaters and kale eaters. This debate is one of the most heated in the superfood veggie world and it has most non health nuts scratching their heads. Spinach is regarded as the boss superfood for a lot of the same reasons kale is, it’s ridiculously high protein content and dense nutrient base. Not only that but many argue that spinach is much tastier than kale.

While you really can’t go wrong eating one or the other, Kale is arguably better for a few reasons. The biggest being that while both are nutrient dense, kale is MUCH moreso. It beats spinach in almost every vitamin and mineral category, and is also cruciferous. Which means that scientists will literally cite kale as more effective in cancer prevention.

While kale is definitely the favorite for weight loss and cancer prevention, beets definitely give it a run for it’s money. Beets have many of the same benefits that kale does, including helping weight loss, regulating digestion, and promoting heart health. But kale continues to win.

Because kale is so densely packed with nutrients it takes less of it to reap the same benefits, a cup of kale will do much more for you than a cup of beets, for example. And it is easier to eat as well, beets are a great food but work better when added in relatively small amounts because of the taste and consistency. So why not try a yummy kale salad with beets?

This is a matter close to my heart, as an avid brussels sprouts eater (and I mean literally daily when they’re in season), it hurts my heart to recognize that kale is ultimately better. Both are important members of the cruciferous veggie family and both are heavily nutrient dense, but kale ultimately comes out the winner for basically the same reasons as it has with the others. There’s more substance to kale than brussels sprouts, and it is also much more popular. That means that you’ll find better recipes for kale than you will for brussels sprouts.

But if you’re like me there is no reason to give up brussels sprouts, in 2016 the veggie BrusselKale came into the spotlight, it’s actually pretty good. And it’s entirely natural, it has taken over 16 years for it to be perfected naturally. It’s got the great kale leaves with the thick stem from brussels sprouts. So it is possible to have the best of both worlds here, while remaining hipster, and eating something yummy and healthy.

This is the real impossible battle, while kale is more popular, broccoli definitely beats kale in a few ways. Protein and fiber are the biggest ones, and they’re big ones. Foodies (and kale haters alike) are screaming that in this kale craze we’re forgetting broccoli, which is also a cruciferous veggie and quite tasty whether it is steamed, fried, or raw. But as with the others, kale does beat it in major ways, it has better, and more antioxidants which are necessary for preventing major chronic illnesses, it also directly improves vision and lowers cholesterol. Broccoli is yummy but it would take much more broccoli to do the same amount of good.

The bright side is, like beets, broccoli makes an amazing addition to any meal that also includes kale, and there is no reason to go without both and reap the benefits.

Fearless or Stupid? The Dirty Bulk for Dummies

Building muscle is a pain in the butt. It takes months, if not years of strict dieting to gain real mass and most men aren’t starting at the same place, or with access to steroids, or that awesome gene that
Read More

Making a switch to a ketogenic diet could be just the thing you need to unveil your body in a place like Copacabana.
Read More
0 Comments
Tweet

or Search By Keyword